Doug is a retired Riverside County Sheriff’s Investigator. During his 29-plus years of law enforcement, Doug served the communities of Temecula, Perris, Nuevo, Hemet and San Jacinto. Doug has a degree in Administration of Justice and is a P.O.S.T. Certified Mounted Instructor. He has also served on the California Mounted Officers Association Board of Directors. Doug worked many assignments within the Sheriff’s Department, including Field Training Officer, Community Oriented Policing Team, Mounted Enforcement Officer, Off-Road Enforcement, Bicycle Patrol and other law enforcement assignments. Most notably, Doug was a School Resource Officer assigned to Paloma Valley High School for four years. It is Doug’s hope that this experience will help support the best interests of the school district as it relates to student safety and success. Doug continues to serve the Sheriff’s Department as the coordinator of the Hemet/San Jacinto Mounted Posse.
Doug and his family have lived in Nuevo since 1993 and both of his children attended schools in Nuview Union School District. His wife, Tina, is a counselor at Nuview Bridge Early College High School and his son, Matthew, who was the district’s first Valedictorian, is currently a Mt. San Jacinto College dual-enrollment college professor and a math teacher at the high school. His daughter, Sarah, is a nursing instructor. Doug attributes his children’s academic and career successes to the excellent educational foundation they received from Nuview Union School District.
Doug believes that having a passion for the mission of the district, coupled with his strong desire for stewardship to others will serve the community well. With the support of a committed, passionate board, Nuview Union School district will remain a premier school district in the State of California. As a school board member, Doug is committed to being accessible, collaborating with all stakeholders, and building public understanding, support, and participation. 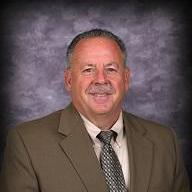